The 10 Commandments of Commission and Rewards, by Carl

I've seen a lot of commission plans, reward schemes and incentives, and wanted to share some thoughts on the areas most commonly discussed.

The title and biblical theme are just for a bit of fun, and I'm in no way comparing my opinions and empirical observations to holy scripture 😏 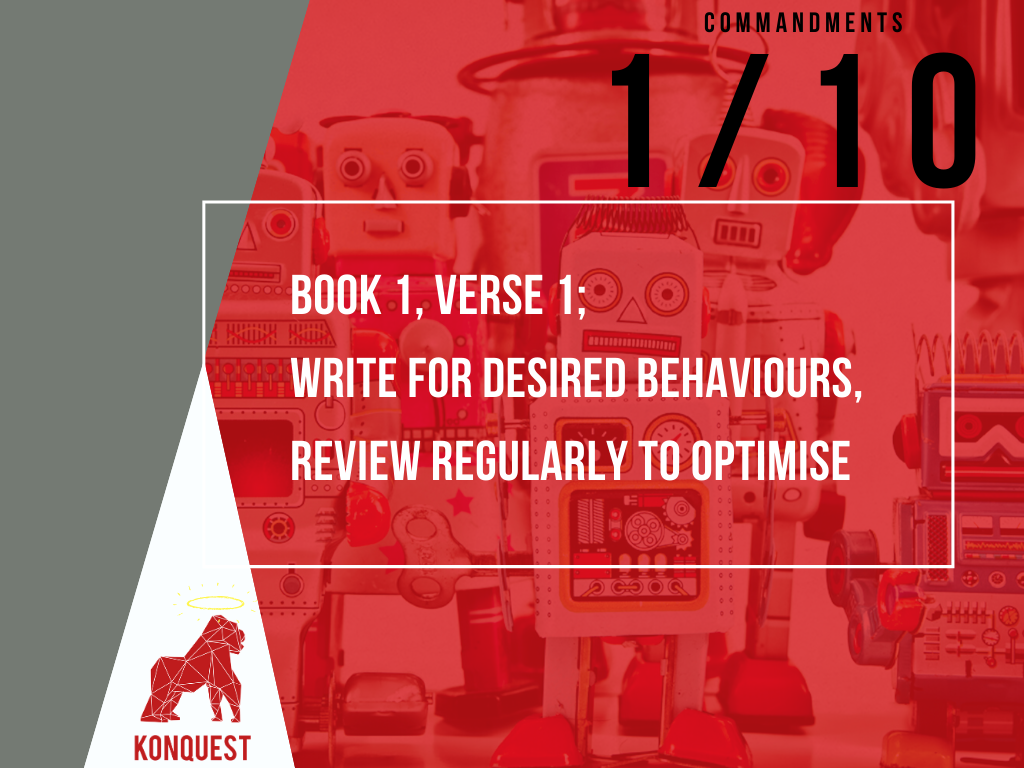 Whether writing from scratch or reviewing (which I'd suggest you do annually), starting with desired behaviours is a smart choice. Quite often undesirable behaviours can be traced to the wrong ones being incentivised.

Consider each role independently, ensure you're incentivising the right behaviours and regularly review to ensure the ship and all it's crew are sailing in the right direction. 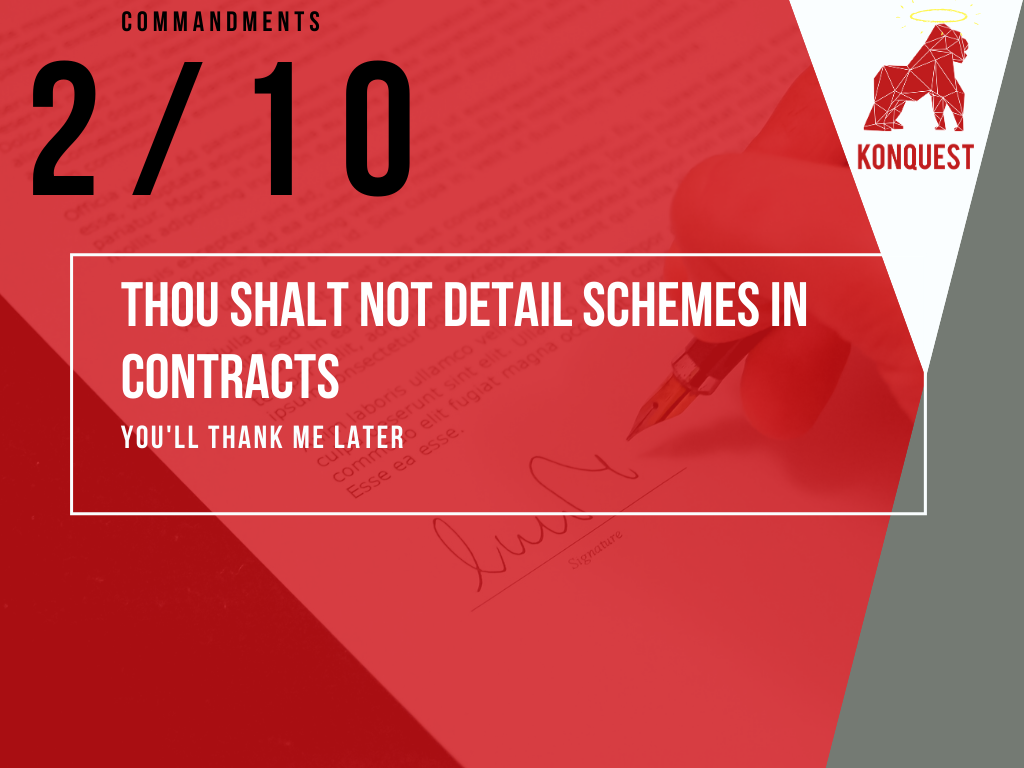 Anything that's detailed in your employment contracts naturally becomes contractual. So, if you ever want to make changes to your commission plan, and they're detailed in your contracts then you're talking a change of contract. At best a pain in the backside, at worst a real headache.

Instead, make reference to a separate commission policy, or section in your employee handbook. You'll thank me later. 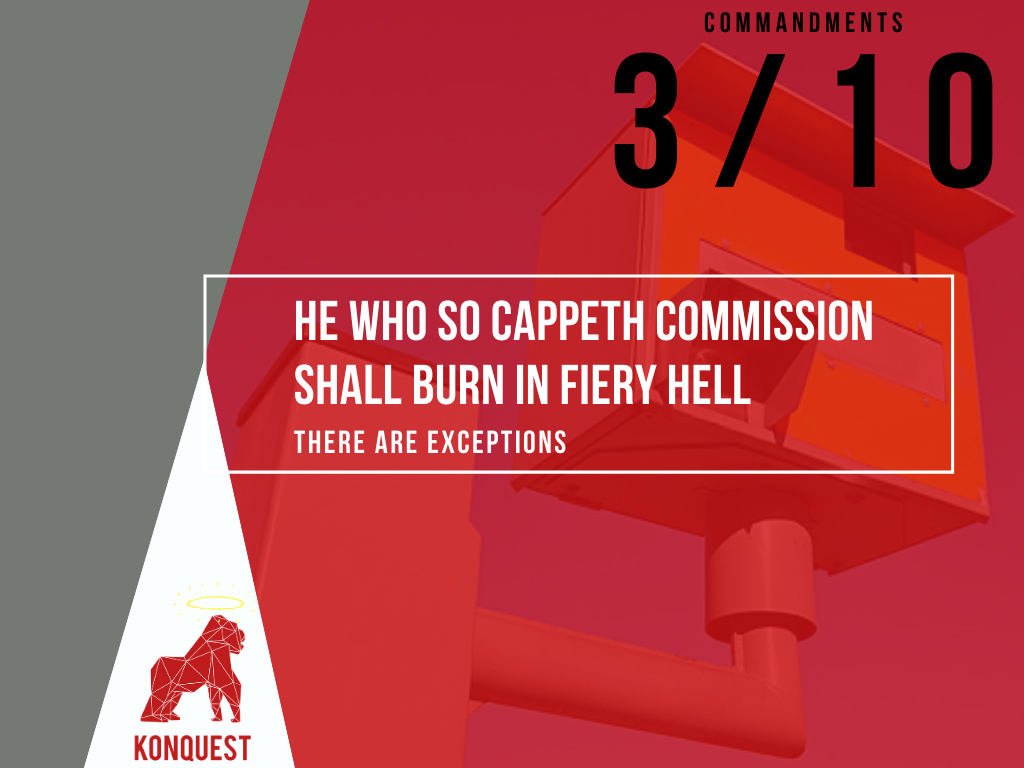 There's one sure fire way to limit sales performance; limit the reward. Just don't do it. Ever.

Well, there are some exceptions. The best of which is probably New Business incentives which give the account originator a split of any fees made with clients they bring on board. Limit this by TIME, 12 months is fair, and goes back to the desired behaviours; you want these guys and gals opening new doors, but you don't want them sitting back forever once they've opened a few. 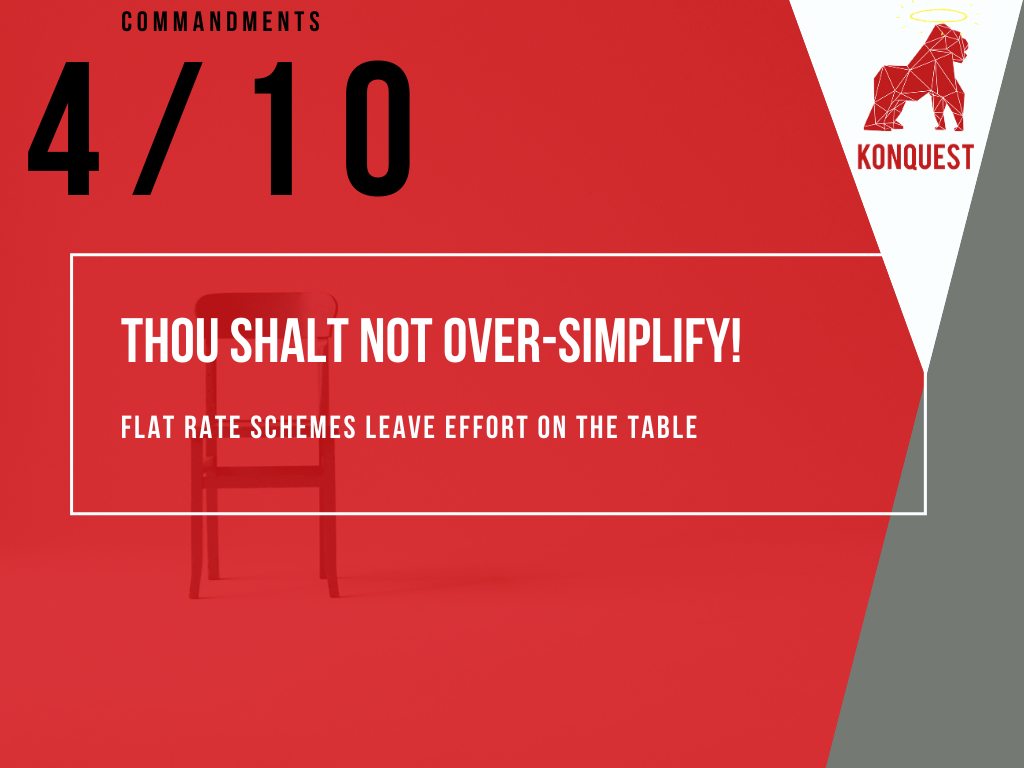 About 25% of recruitment agencies operate a "flat rate" scheme. That means a quarter of us are leaving a whole lot of effort on the table.

The problem with flat rate schemes is that the rate of reward doesn't correlate with the increased effort needed to over perform. As such they do little to encourage urgency, and the result is lower performance than what's possible. This is all driven by suboptimal incentive programming. 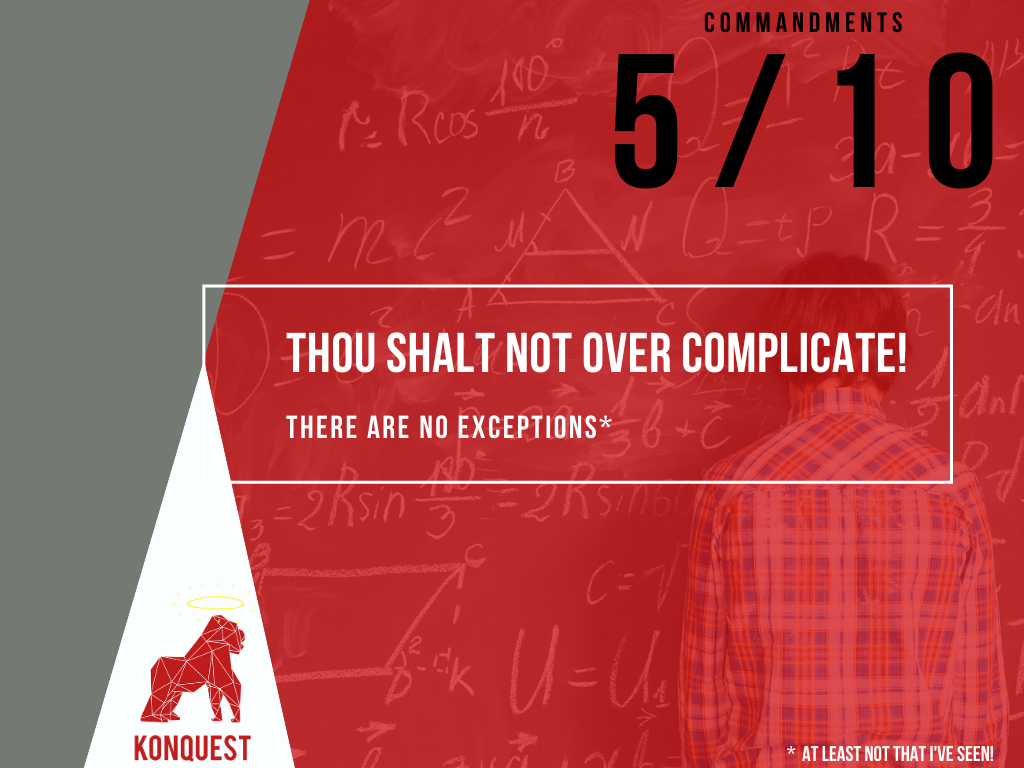 Opposite and inverse to the last commandment, I've seen some crazy complication. If your policy is more than a couple pages long it's probably too complicated. The core elements should be easy to convey with a paragraph or table: 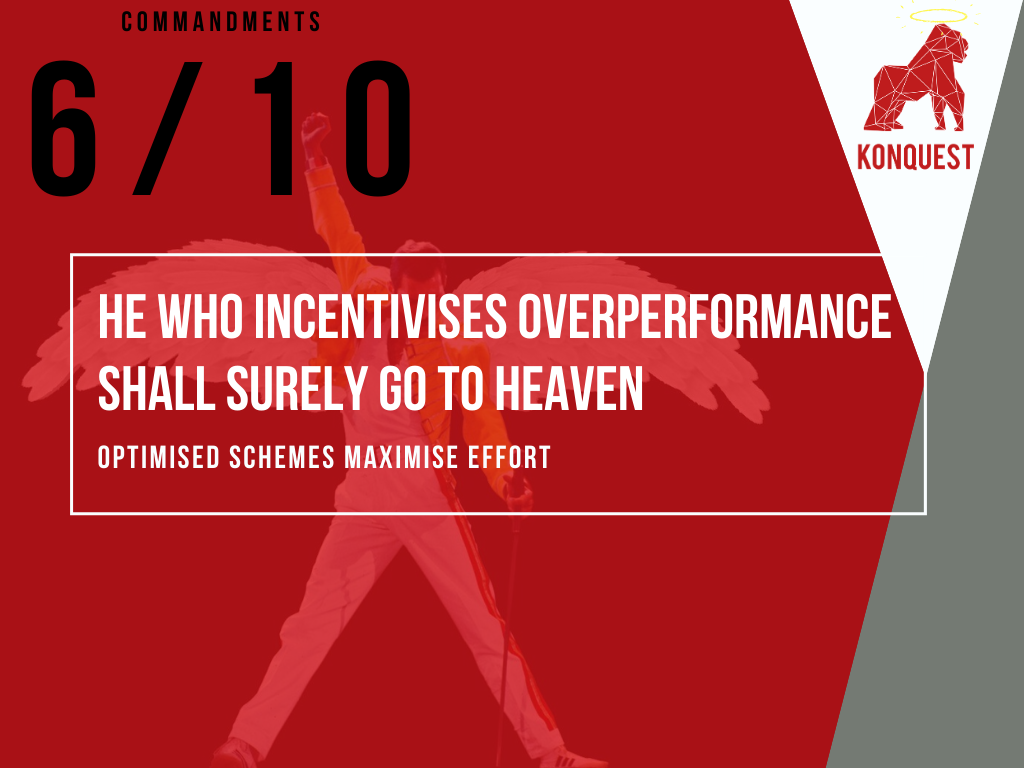 Not to try and sound cool, but there are levels to this game, and your rewards programme should have levels too.

Levels, or tiers help create urgency and form the basis of gamification. If you want your team to be forever pressing on, make sure they always have another level of reward to strive for. Don't leave anyone out, apply the same concept to all roles including resourcers and delivery consultants. 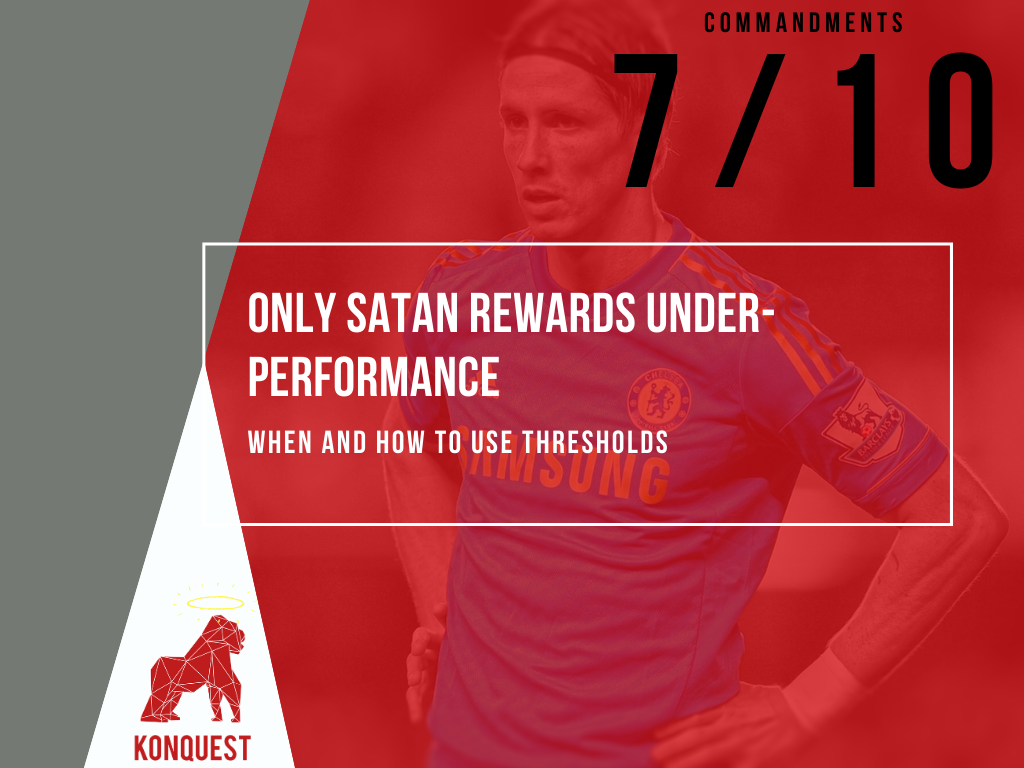 Warning, controversial opinion ahead; thresholds are a good thing, when used properly.

Threshold or not to threshold? It's about 50/50 in the recruitment market, and I'm on the side that HAVE them for perm, but NOT contract. Building a contract desk takes time, and is tough, so I don't think having a threshold is conducive to an effective incentive here, but for Perm I think it's essential.

The modern recruitment consultancy pays good basic salaries, invests in internal and external training, provides a rich and sexy toolkit and operates within proven frameworks for success. So I think it's appropriate that in return for this we expect a minimum level of performance, or return on our investment. Anything less than this minimum level is underperformance, and it shouldn't be rewarded.

However, once this level has been breached I think we should be rewarding our troops handsomely and this starts with paying from £0 up - an inclusive threshold, if you will, as opposed to an exclusive threshold which pays from the threshold amount onwards. 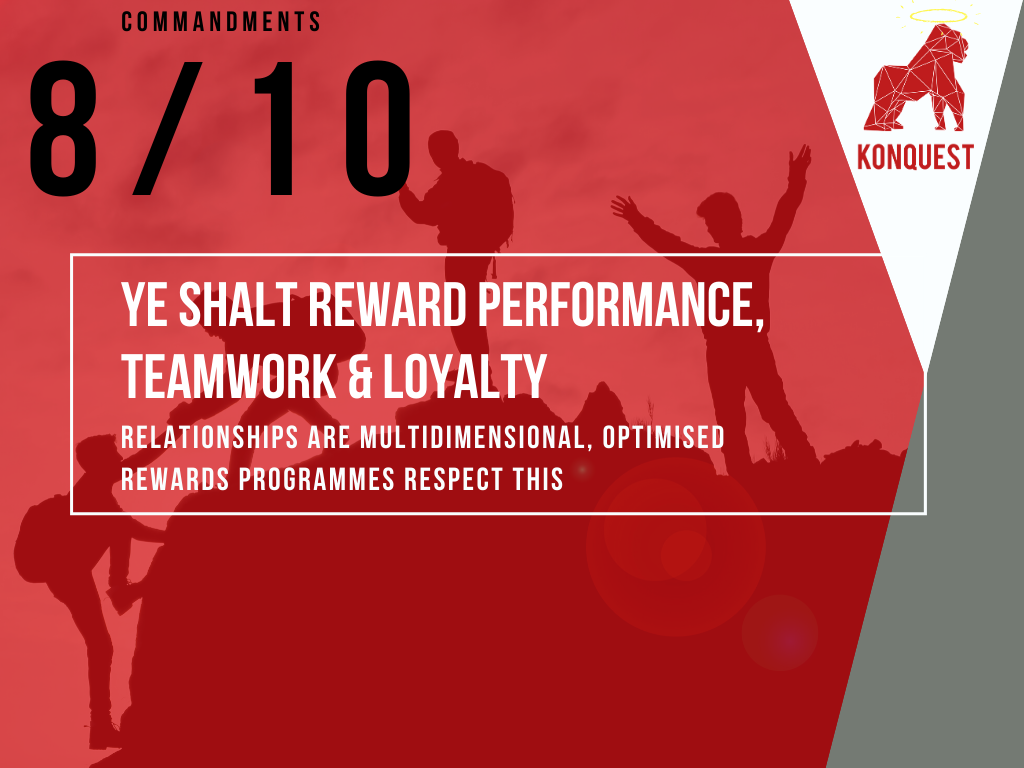 A well rounded rewards programme considers more than month to month individual performance. The best setups that I've seen also have elements that reward other highly desirable behaviours such as teamwork and loyalty. Do you cover all 3?

Take the below example from Theo James Recruitment. Director Mark Bracknall introduced their "Bushido Board" which hangs proudly in the office. Based on lifetime billing, the Bushido Board moves consultants up the levels of ancient Japanese society, with each level bringing a new benefit, from be released from their desk with a headset, to enhanced commission, health care, and car allowances: 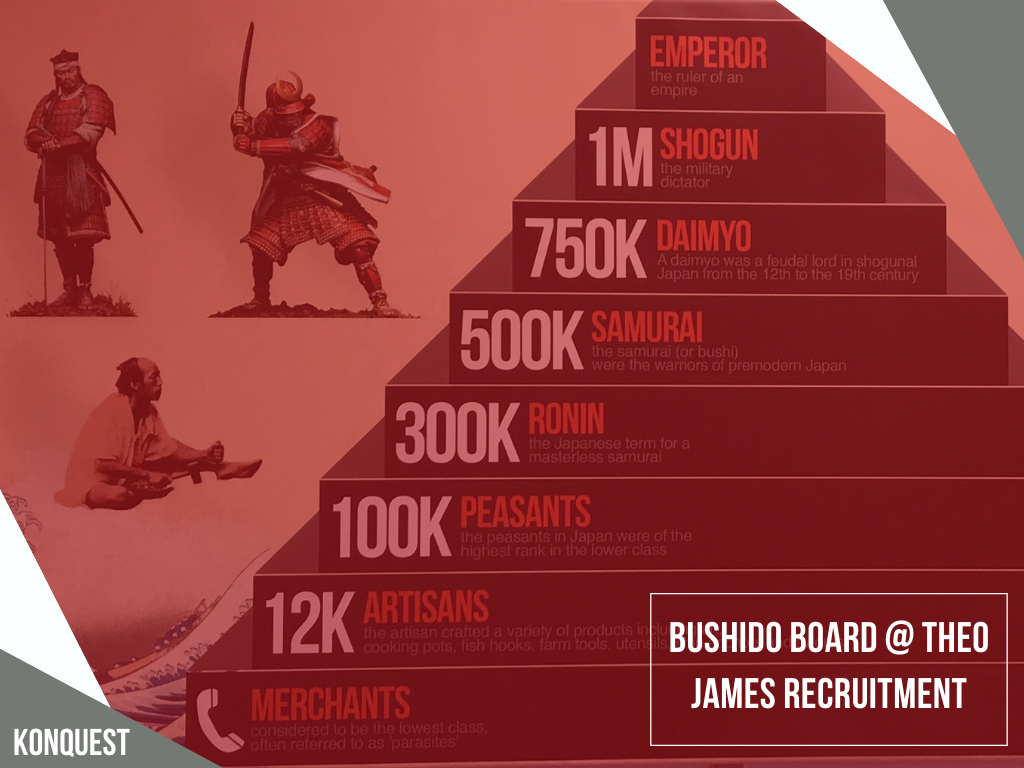 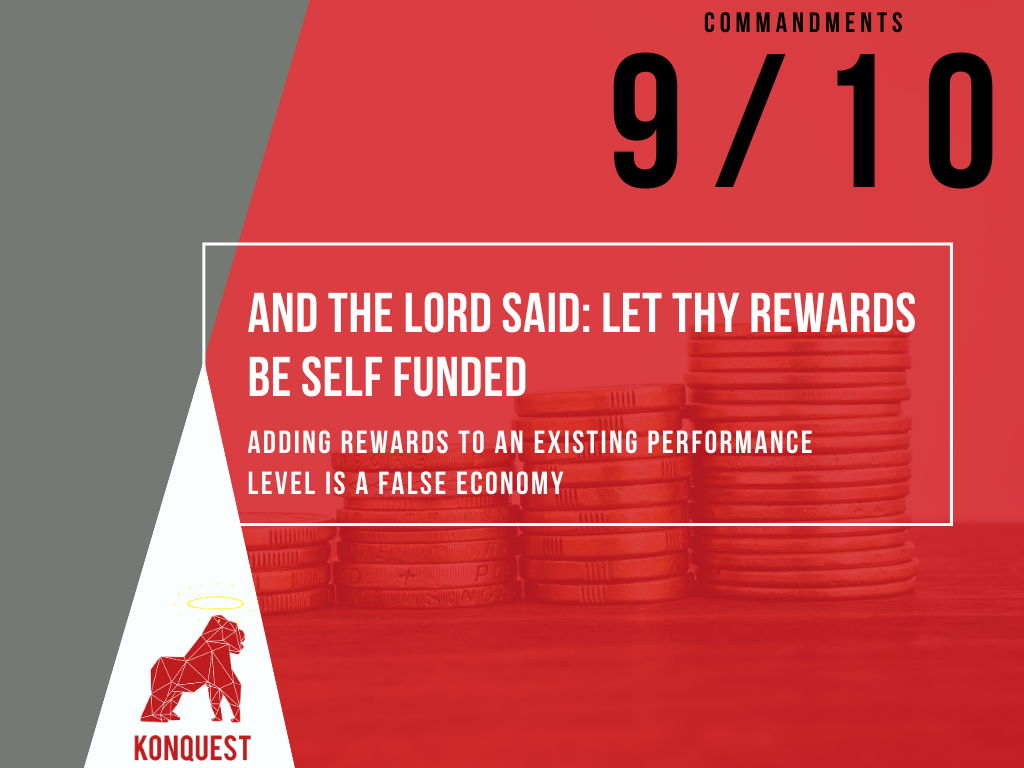 I've seen this a surprising amount. The classic example is lunch clubs - hit your monthly / quarterly target and you're at lunch with the directors. This is a false economy, and makes no commercial sense.

Anytime you add a layer of reward, do all you can to make sure it is self funding so that everyone wins, including you! Lunch clubs should be based on achieving a stretch target, for example. To GET extra, DO extra. 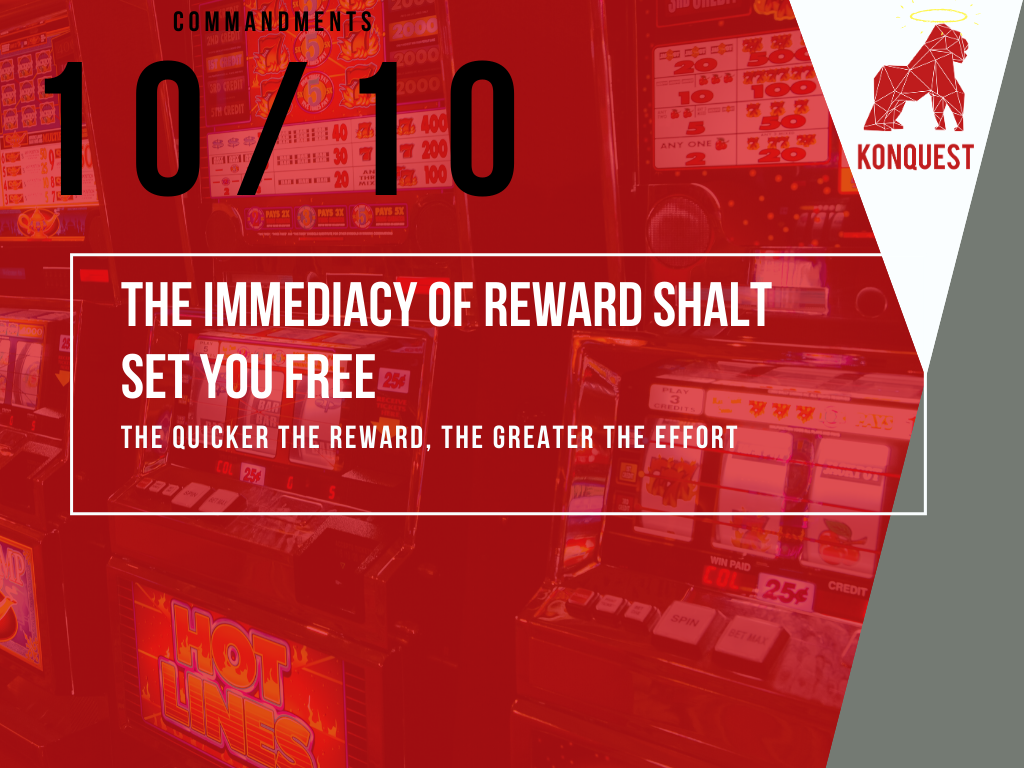 We've reached the final commandment and it's one I feel quite passionate about - the immediacy of reward. The concept is very simple; the quicker I'm rewarded for an action, the more effort and urgency I will apply to completing the action.

In her study "It's about time: Immediate rewards boost workplace motivation", Kaitlin Woodley, a Marketing Professor at Cornell University, discusses the benefits of quicker rewards. Not only did the study conclude that there is a direct correlation between reward speed and intrinsic motivation, but also an increase in enjoyment and interest in work. If that's not compelling enough, the study also found that a QUICKER reward carried a BIGGER impact than a LARGER reward; 35% vs 19% #powerstat

In recruitment immediate rewards are impractical, and things like payment terms, rebate length and dropout rate are likely to influence when you decide to pay commissions. However, I'd urge you to keep the period between doing a deal and getting paid as short as possible if you want to maximise motivation and happiness.

Having a great rewards programme in place can make a real impact on your business, but managing calculations, disputes and approvals can become a drain on resource if like the rest of the industry you're still using spreadsheets. As you've made it this far, please permit me just a few more seconds to outline why I think you should consider looking at Konquest:

I'd love to hear from you - Carl@konquest.io

Can you spare 30mins? We'd love to show you Konquest!

We'd love to hear from you!

Got a question? Please complete our contact form and a member of the team will get back to you asap.